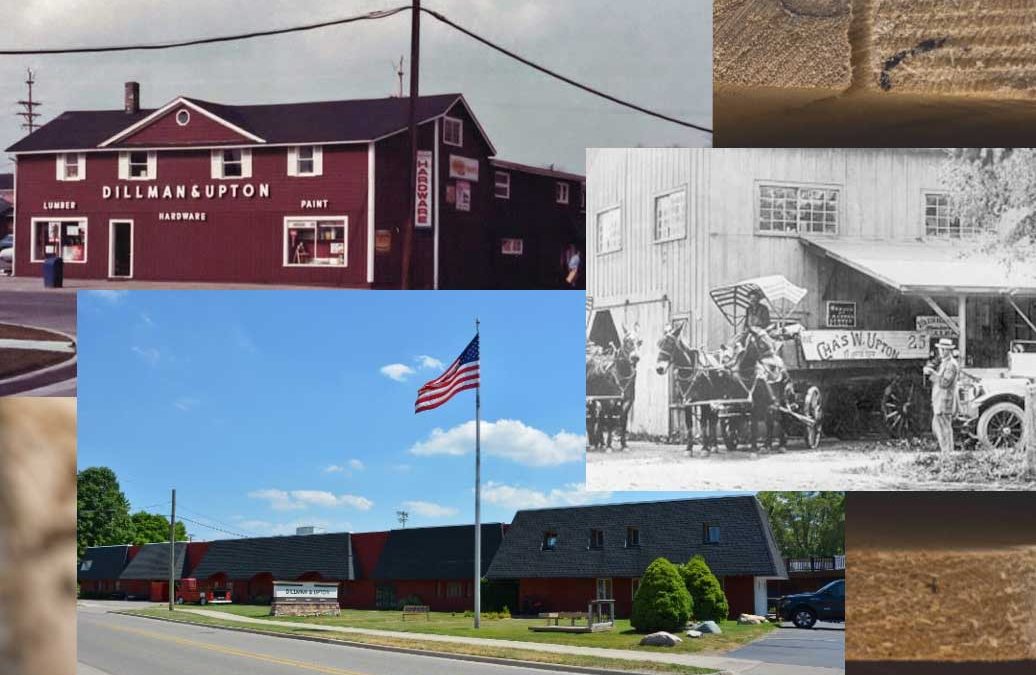 Dillman & Upton, one of Rochester’s oldest businesses, is a company that was made in a marriage – sort of.

The story starts in the late 1890s, when auctioneer Charles W. Upton came to Rochester just as the village was beginning to boom with the arrival of the interurban line. After spending a few years selling windmills and wire fencing to farmers, Upton started a coal and wood business in a former wagon shop on the corner of what is today West University Drive and Oak Street. Upton and his family lived next door to the business, in the house that is now the location of Jerry’s Gun Shop.

In 1911, Upton’s only daughter married Arthur Dillman, who soon joined his father-in-law’s firm as a part-time bookkeeper. Around that same time, Upton asked his cousin’s son, Roy Upton, to come to work for him at the lumberyard. The business “marriage” happened in 1919, when Roy Upton and Arthur Dillman collaborated to buy out C.W. Upton’s interest in the company. 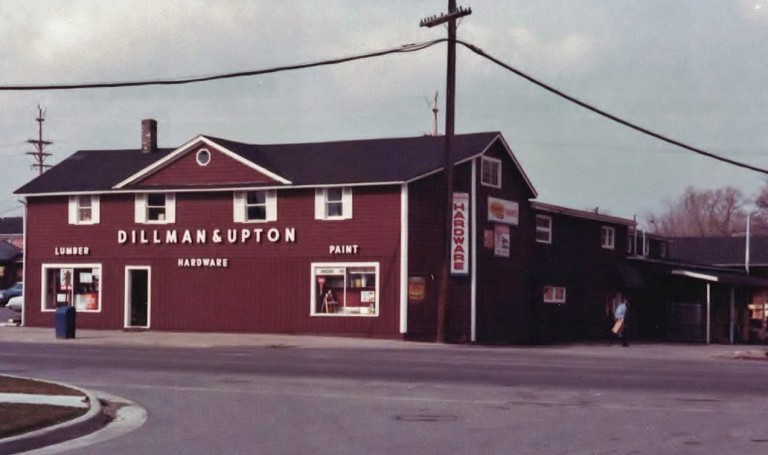 The Dillman and Upton building on Main Street as it looked in 1984 before the company moved to Woodward Street – Photo Courtesy of Harold L. Mowat

The new partners renamed the company Dillman & Upton and moved it to a bigger location at 543 North Main Street, conveniently near the Michigan Central railroad tracks. They began expanding their lumber and building supplies trade to meet the growing demand of the Roaring Twenties. Subdivision of the farmland south of the village of Rochester was underway; and new housing for autoworkers was springing up along Auburn Road. However, at the same time that it served the needs of the typical homeowner, Dillman & Upton also furnished building supplies for high-profile projects, such as the construction of Meadow Brook Hall and the bank building at the corner of Fourth and Main Streets. 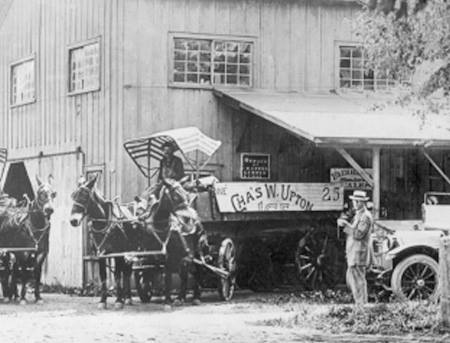 It all began with Charles W. Upton – photo courtesy of Dillman and Upton

With the business that he had founded in good hands, C.W. Upton, who had been widowed in 1920, remarried and moved to southern California. He operated a lumber business there for a few years and became involved in local politics, serving as city council member in South Pasadena. He died there in 1942 at the age of 80.

Meanwhile, the next generation of Dillmans and Uptons carried on. Arthur Dillman’s son, Chuck, and Roy Upton’s sons, Jack and Terry, all became involved in the business. Today, the fourth generation is at the helm with Terry’s sons, Brad and Todd, leading Dillman & Upton in its second century.

Brad Upton recalled in an interview with Rochester Media that some things were still being done the “old school” way when he started working at Dillman & Upton as a youngster in 1970. For one thing, there were no computers to calculate the price of a lumber order – it was strictly a pencil-and-paper operation. Counter staff consulted pricing tables and worked the arithmetic out on the invoice, while the customer waited. “At the time,” Upton said, “we were still using a cigar box to hold the cash at the service counter. The cash register came later.” 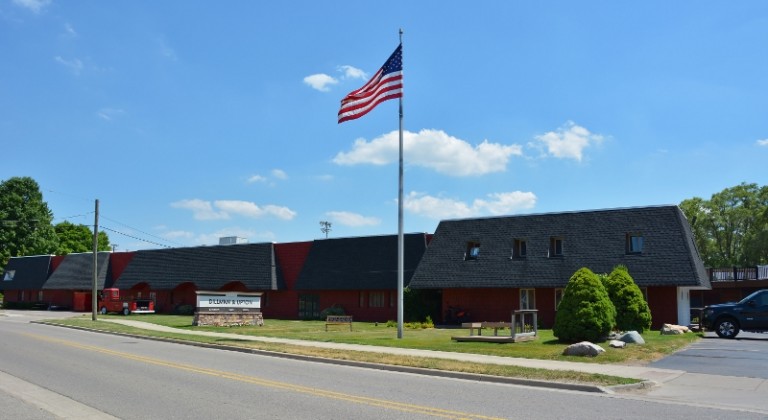 Dillman and Upton in 2016 – photo by Michael Dwyer

Another change in the company’s location was made in 1987, when Dillman & Upton moved to the present site on Woodward Street, after 68 years on North Main Street. By that time, the firm faced challenges from the “big box” home improvement retailers, but nimbly adapted to carve out its own market by offering not only quality materials, but custom design and installation services as well.

Much has changed since C.W. Upton opened his doors in 1905, but some traditions endure. Dillman & Upton is still a Rochester family business after 111 years and counting, and the “old timers” – mostly retired local contractors and craftsmen – still stop by the store every morning for their daily coffee klatch.

The Upton family wouldn’t have it any other way.

There are no upcoming events.